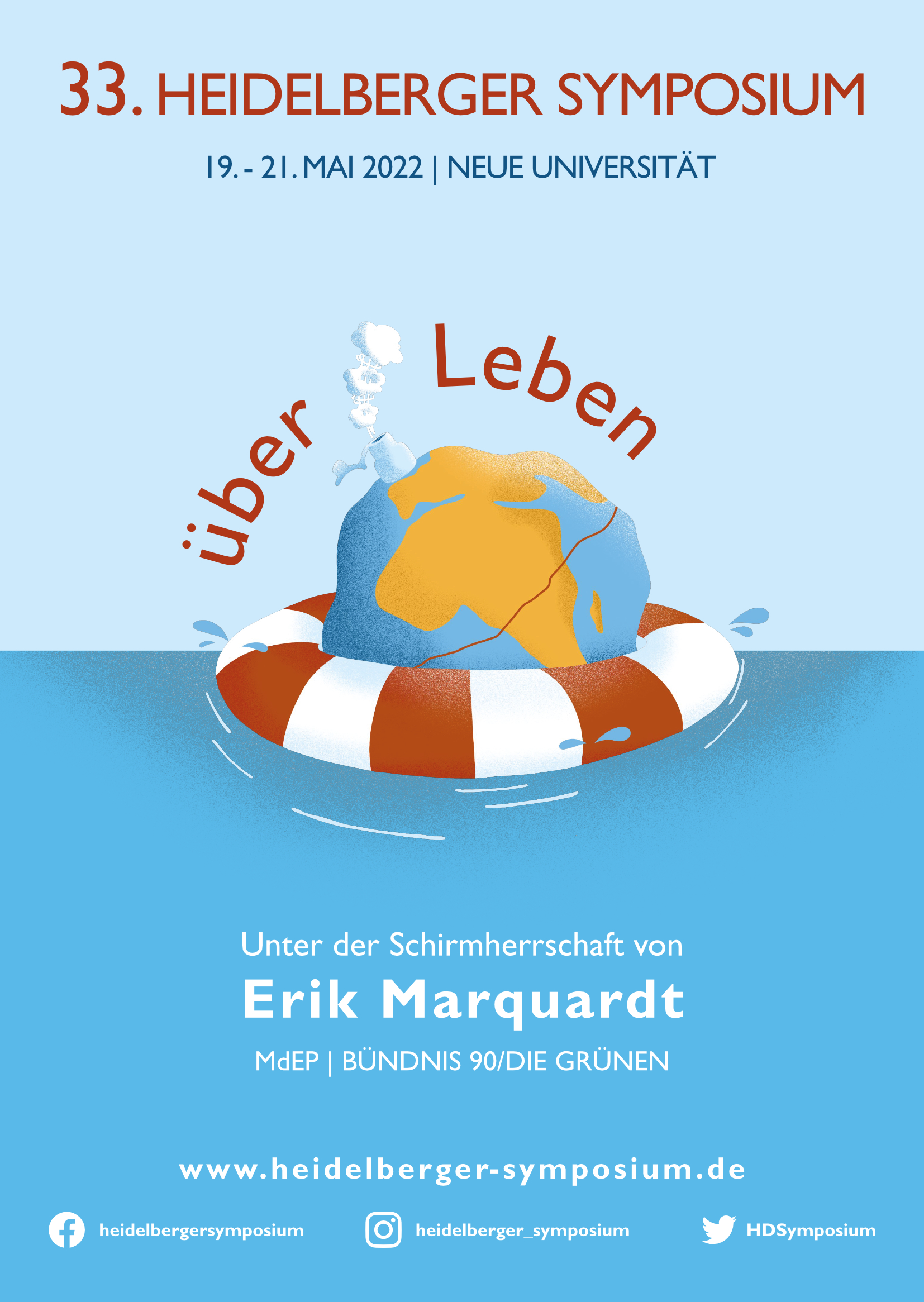 Life is something very special. We know of no other place in the universe where it exists. At the 33rd Heidelberg Symposium, we dared to look together into the future of humanity: How do we have to equip ourselves, where do we have to rethink and where do we have to act now, so that life for all is guaranteed in our world? How can we work for human rights, environmental protection, social justice and peace? Under the motto "überLeben," the 33rd Heidelberg Symposium featured an exchange of ideas on various (over)life strategies - we illuminated the stories of individual human lives, which at first glance may seem unremarkable, as well as the stories of the fates of entire groups. 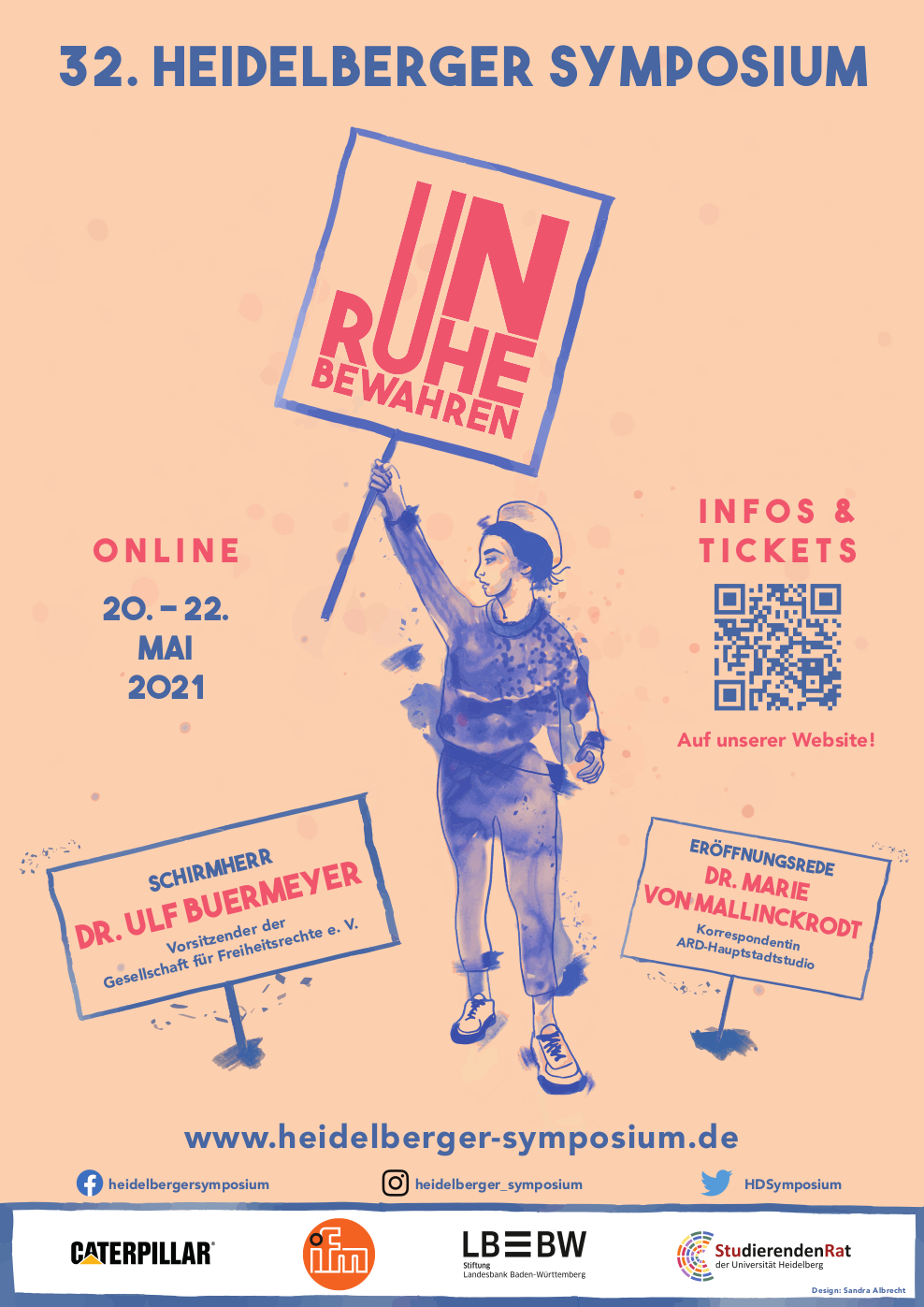 The 32nd Heidelberg Symposium lived up to its motto in two respects. When the organizing team decided on the theme of Preserving Unrest in 2019, no one could have guessed that it would actually be two very unrestful symposium years. When the Corona crisis threw the world into turmoil in 2020, the Heidelberg Symposium had to be cancelled for the first time in its more than thirty-year history, only to be made up for a year later in a refreshingly different way - this time as an online event. 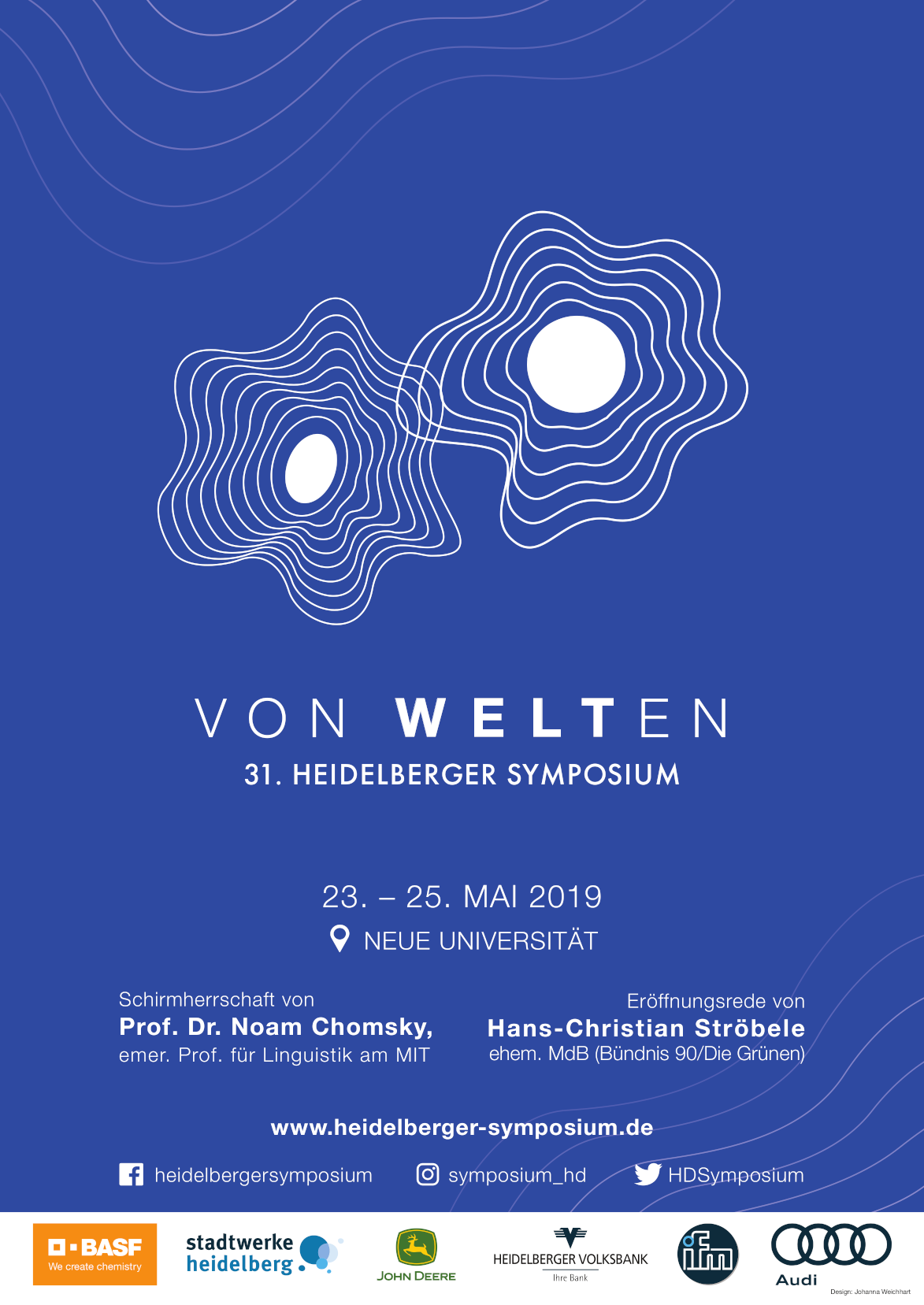 Alexander von Humboldt already knew: We have to take a closer look at the world and the different views of it. Because: We are not alone. More than seven and a half billion people live on our planet Earth - each of them in their own world and yet in the same world. Every day we have to keep the balance in our own world and at the same time understand, consider and include the world of the others. In the context of the 31st Heidelberg Symposium, we tried to get to the bottom of this individuality and diversity.

In today's world, where increasing complexity and global dynamics obscure the view of crucial interrelationships, Walter Gropius' words are more apt than ever: "Man, in his eternal curiosity, has learned to dissect his world with the scientist's scalpel and in this process has obviously lost his sense of balance and unity". The endangerment of the ecological balance, increasing strains on political relations as well as the cultural and social changes taking place today create the impression that our world is out of balance. 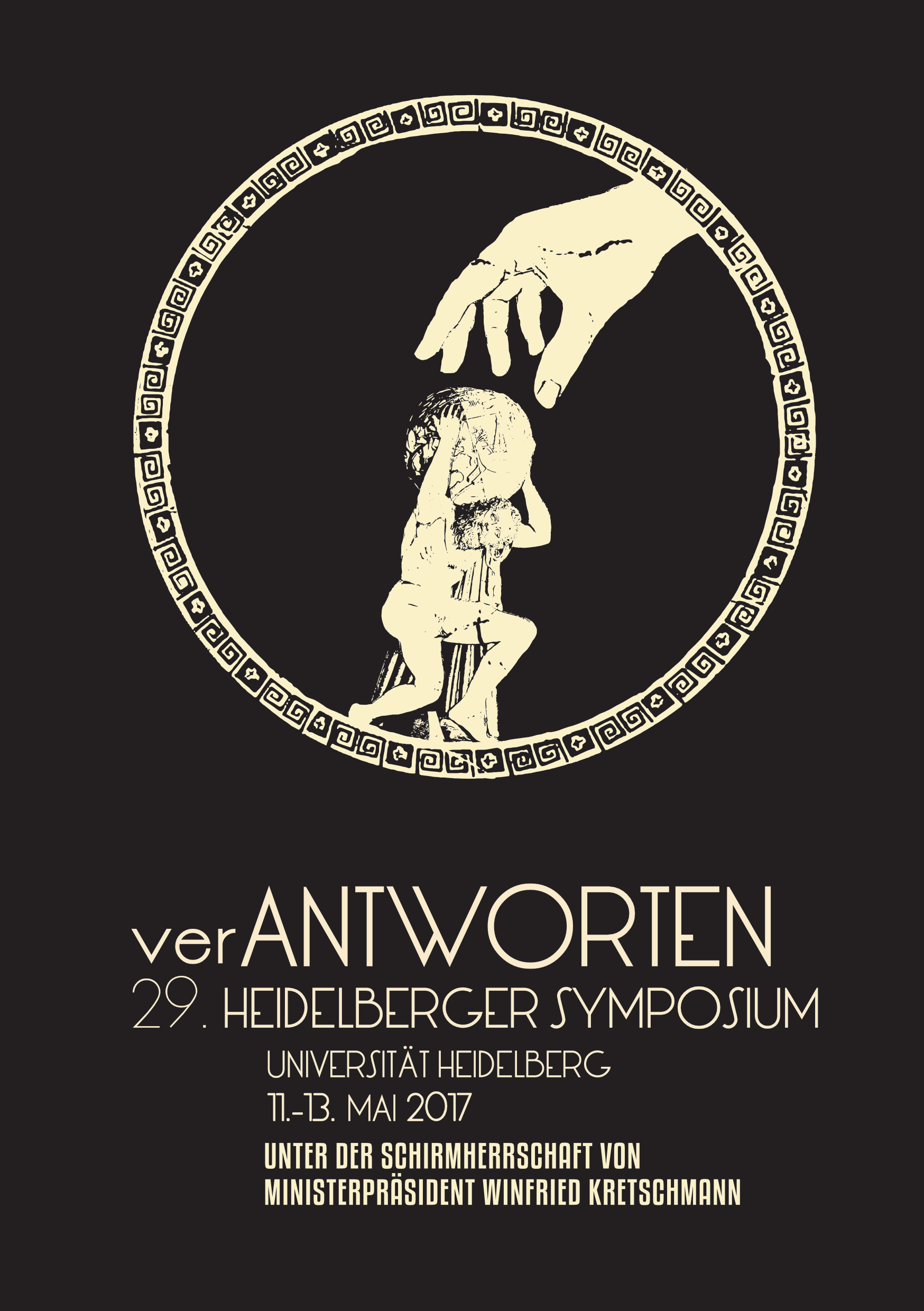 Every action we take, every daily decision we make, we have to answer for; decisions we have to answer for to ourselves, but also actions towards our fellow human beings. verAntworten, however, contains a second component besides "accountability"... "answers". For just as we are constantly taking responsibility, we are constantly giving and receiving answers that affect our everyday lives, but also answers that can shape our lives.

Patronage: Winfried Kretschmann Prime Minister of the State of Baden-Württemberg 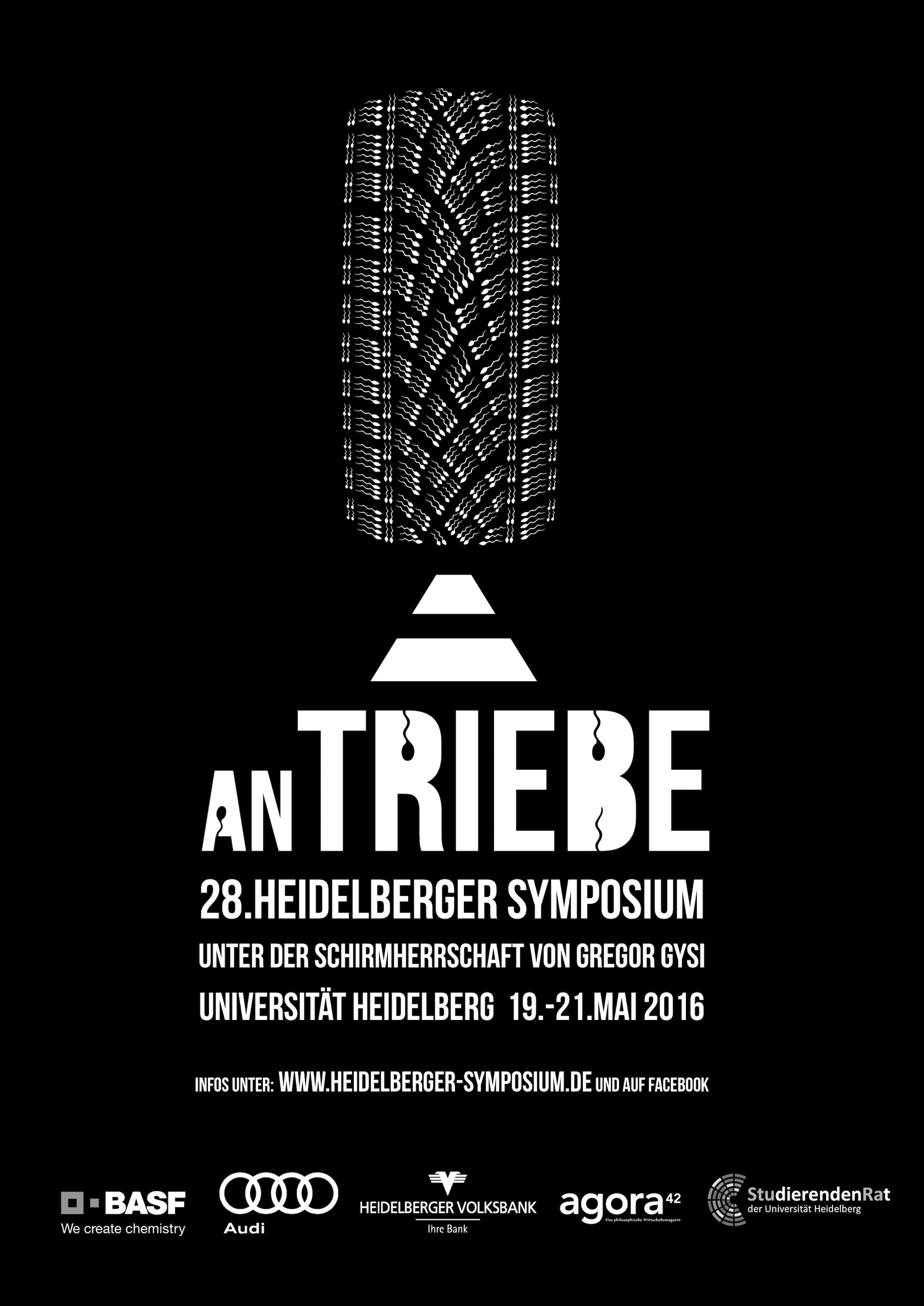 What drives us? What gives us the motivation to keep going? Is it the sense of achievement, the people we love or our own ambition? The answers can be very different - this can make us different from each other, but also create connections to each other. 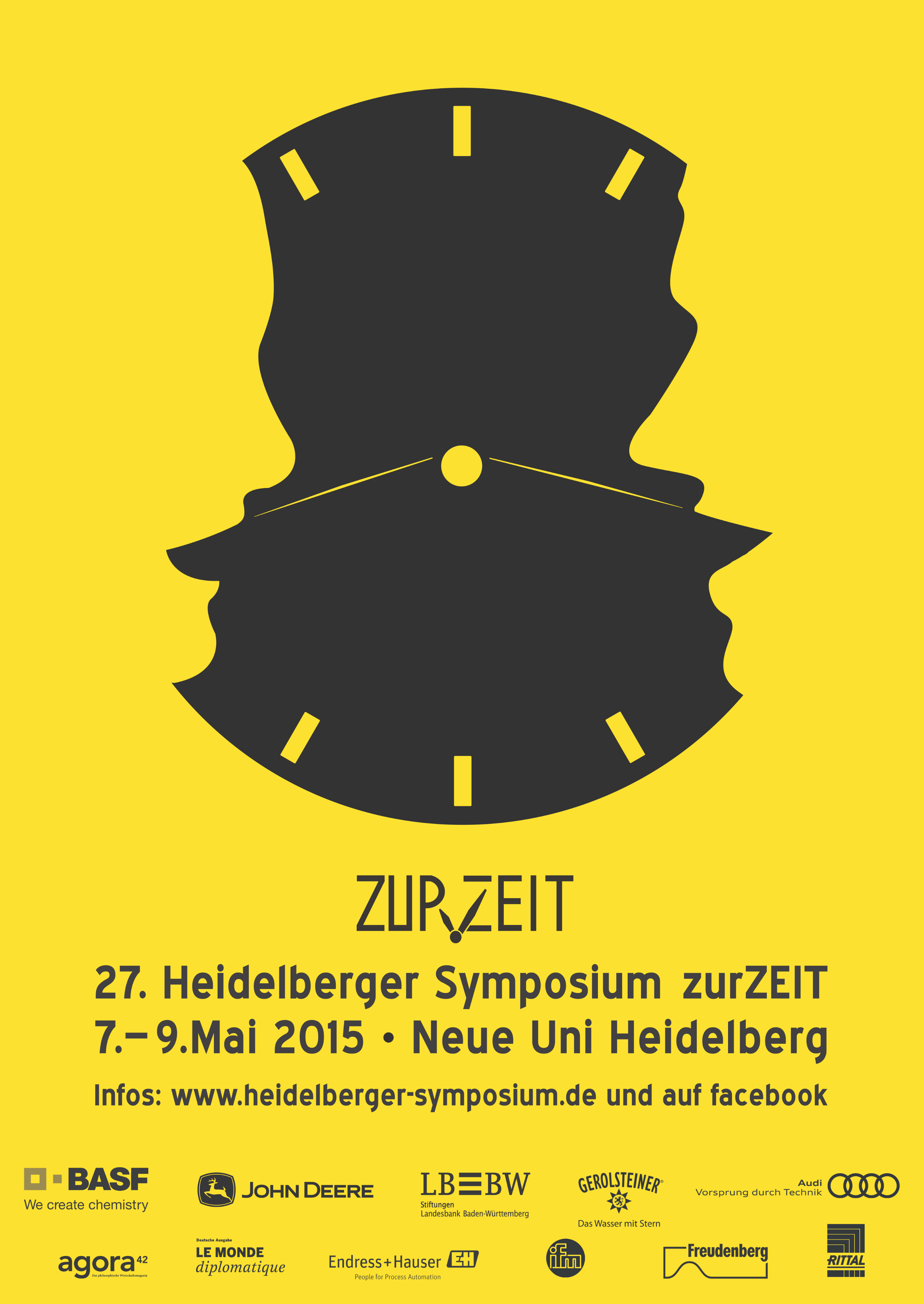 There is probably nothing that accompanies and determines our everyday life as much as time. We plan, make appointments, organise - in short: structure our lives according to it. But what actually is this time and do we really have less and less of it? What are the perspectives at the moment? 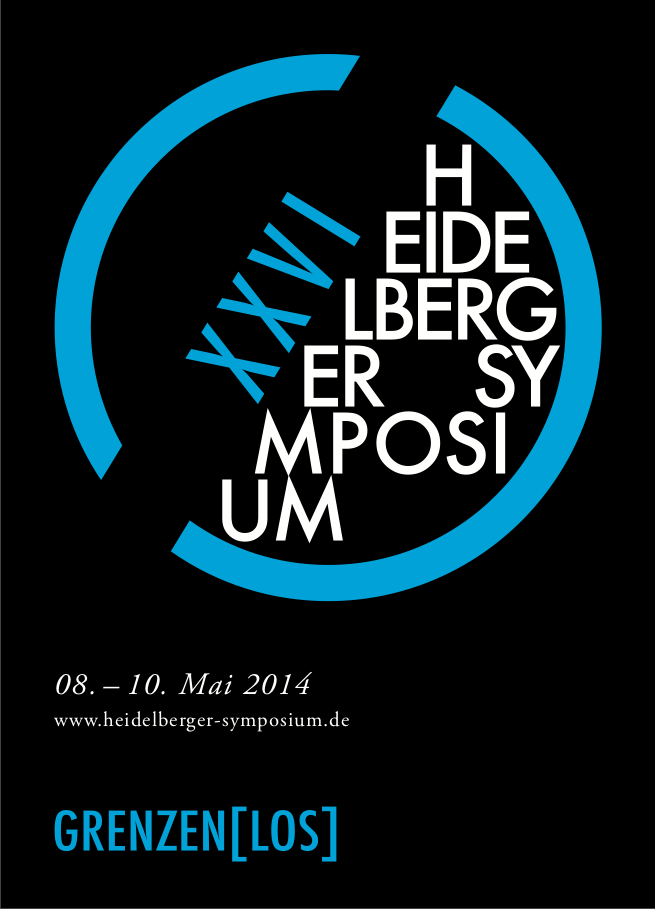 We are surrounded by borders. But do borders constrict us? Or do they give us a foothold? Boundaries are often fluid and must first be explored. How can we therefore overcome boundaries or show them to others? 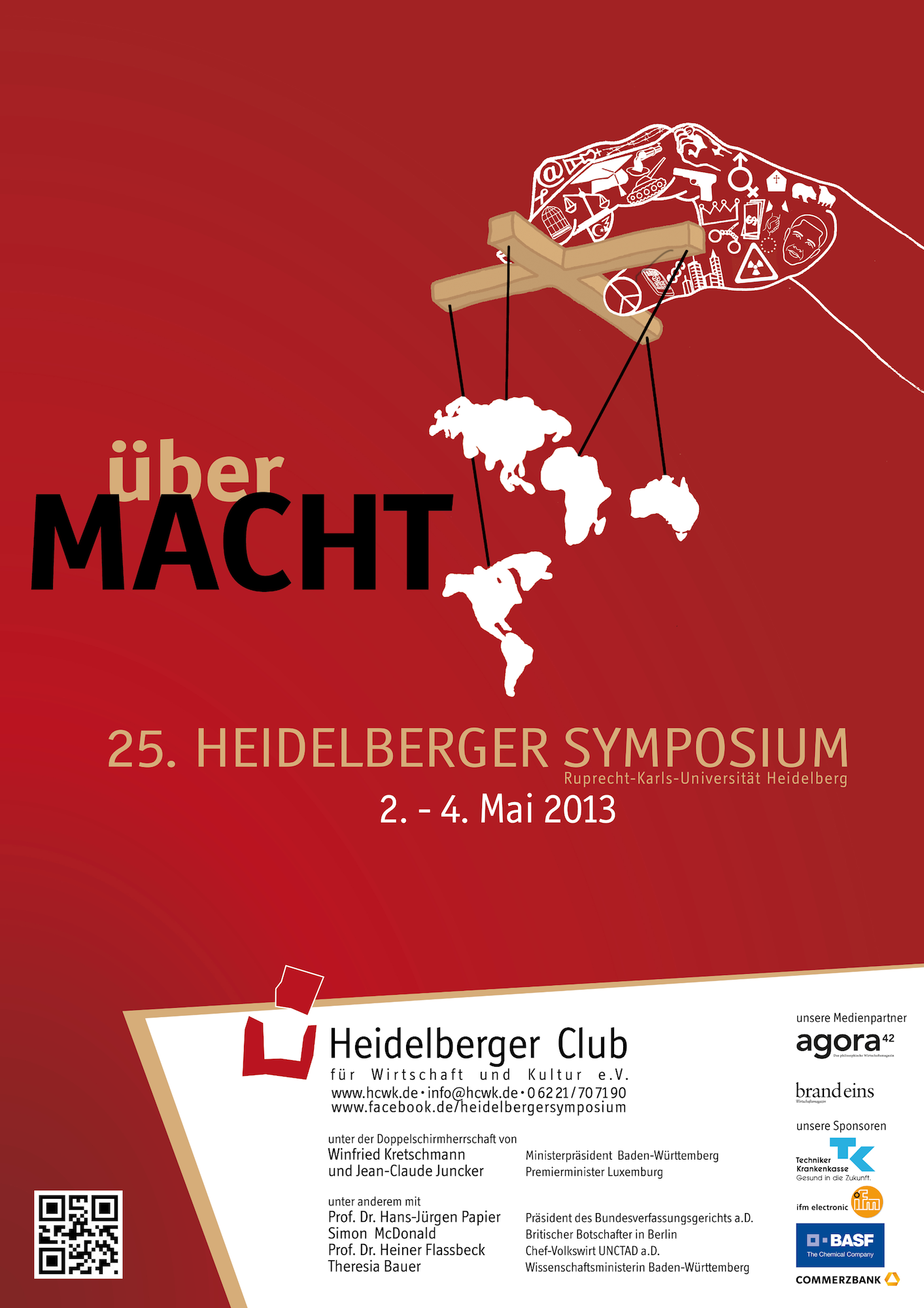 Power has many faces and we enter into power structures every day. The question is not whether power is good or evil but rather: What facets of power are there? How does power and powerlessness determine the individual and society? 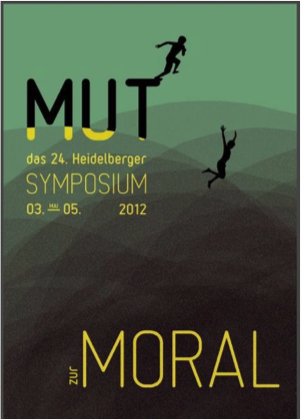 Morality accompanies us every day without being specifically named. What is the orientation of our society with regard to moral issues? 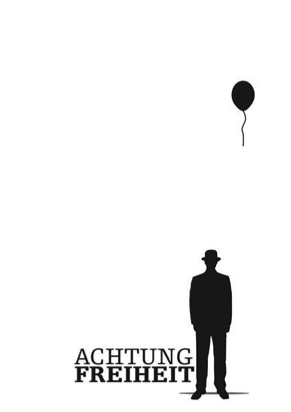 Freedom. A term that is familiar to everyone and yet difficult to describe. Is man free? Should the economy be free? What are the new media doing to our freedom? What does freedom mean in other cultures?

(Titles relate to the time of the respective symposium.)

Beyreuther, Konrad
Director of the Centre for Molecular Biology, University of Heidelberg

Bubis, Ignatz †
President of the Central Council of Jews in Germany

Flassbeck, Heiner
Former State Secretary, as well as Chief Economist of the United Nations Organization for World Trade and Development

Fleischhauer, Carl-August †
Former judge at the International Court of Justice

Geiger, Hansjörg
Former State Secretary and President of the BND

Hildebrand, Regine †
Former Minister of Labour, Social Affairs, Health and Women of the State of Brandenburg

Hohmann-Dennhardt, Regine
Judge of the Federal Constitutional Court, former Minister of Justice and Science and the Arts of the State of Hesse

Huber, Wolfgang
Former Chairman of the Council of the Evangelical Church in Germany

Hundt, Dieter
President of the Confederation of German Employers' Associations

Jacobs, Klaus J. †
Founder of the Jacobs Suchard Group and the Jacobs Foundation

Lewalter, Karl Walter
Former German Ambassador and Head of the Permanent Mission to the United Nations in Geneva

Merz, Friedrich
Former Chairman of the CDU/CSU Parliamentary Group in the German Bundestag

Monyer, Hannah
Director of the Department of Clinical Neurobiology, University of Heidelberg

Nonnenmacher, Günther
Journalist and co-editor of the Frankfurter Allgemeine Zeitung

Quadbeck-Seeger, Hans-Jürgen
Member of the Board of Executive Directors of BASF SE, responsible for research, and President of the German Chemical Society

Schwan, Gesine
Political scientist and candidate for the office of the Federal President

zu Solms-Hohensolms-Lich, Hermann Otto
Vice-President of the German Bundestag and Chairman of the FDP Parliamentary Group

Späth, Lothar †
Former Prime Minister of the State of Baden-Wuerttemberg

Walser, Martin
Writer and winner of the Peace Prize of the German Book Trade

Weizenbaum, Joseph †
Professor of Computer Science at the Massachusetts Institute of Technology